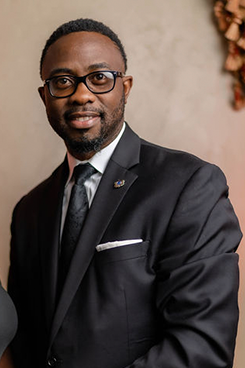 Bernard S. Phillip II, Co-Founder and President of Phillip and Son’s The Funeral Director’s, Inc., Bernard was born and raised in Gainesville, FL. He is a graduate of Gainesville High School and Gupton-Jones College of Funeral Service, where he earned an A.S. Degree in Mortuary Science. Bernard has over 20 active years in the death-care industry. He has a distinguished work history and has served alongside some of the world's greatest morticians.

Bernard is the father of 6 wonderful children; Jada, Lexington, Bernard, Christopher, Brooke, & Logan.  From as far back as he can remember Bernard Phillips’s life has been immersed in end of life rituals. Mr. Phillips started frequenting funerals at the age of 7, crediting Chestnut Funeral Home in Gainesville, Florida with his humble beginnings. He is equally comfortable in either realm, celebrating both life and death with a trademark style, equanimity and sincerity. Mr. Phillip lives by a few quotes but one would be; success is neither magical nor mysterious. Success is a natural consequence of consistently applying basic fundamentals. 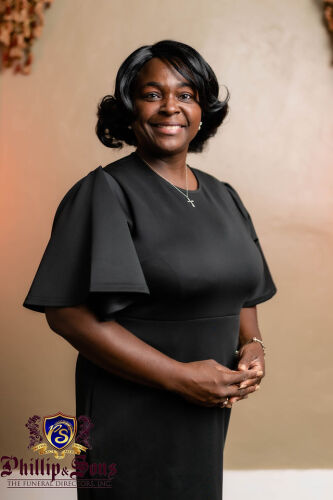 Donna Smith is a long time resident of Gainesville, Florida where she was born and raised. She graduated from Gainesville High School in 1990, and from Santa Fe College in 1999. She has also attended Kaplan University with a Bachelor of Science in Paralegal Studies & family law, and is currently a student at St. Petersburg College of Funeral Services. She joined Phillip and Son’s The Funeral Director’s, Inc. July 2018 and has a profound passion to serve families, and provide outstanding customer service to all whom she comes in contact with. She possesses plenty of knowledge and background experience related to customer service skills and serving others. Donna is the Head Director & Owner of A to Z Professional Childcare Academy, LLC. In Donna’s spare time she enjoys children, family and worshiping the Lord. 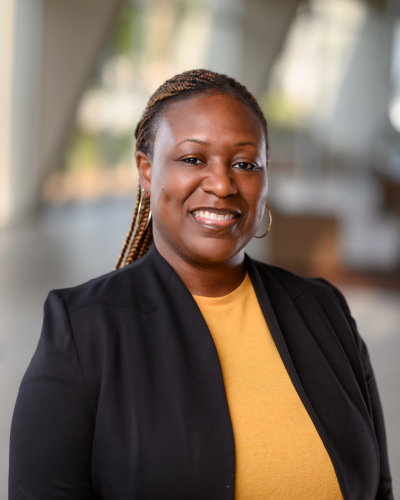 Robin L. Crawford is the Chief Financial Officer of Phillip & Wiley Mortuary Inc. Born in Gainesville, Florida, Robin served many years in Corporate America holding several positions of increasing responsibility in domestic and international finance. She is a licensed realtor with Berkshire Hathaway HomeServices Florida Network Realty (Berkshire FNR) and a board member of Bethlehem Methodist Episcopal Cemetery Restoration Organization. Robin graduated from Florida Agricultural & Mechanical University with a Bachelor of Science degree in Business Economics, she also obtained an MBA from Mercer University.  Robin has recently relocated back to Florida. She enjoys traveling, the beaches and fine dining. 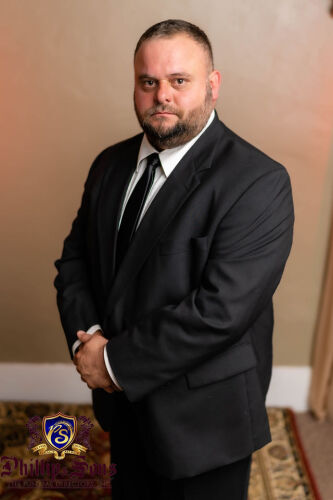 He excelled in his studies at Ogeechee Technical College and graduated with honors, earning his Associate of Applied Science degree in Funeral Service.

Prior to Mr. Turner's career in funeral services, He was a police officer for eight years. Officer Turner began his service as a Patrolman and worked as a K-9 handler for a period of time. After 2 years he became Lead Investigator and obtained the rank of Lieutenant. During the course of the next four years, Lieutenant Turner solved a multitude of crimes, Protecting and serving the public. Lieutenant Turner participated in many community outreach and youth programs. Lieutenant Turner then returned to the patrol division where he earned extensive hours of training with 120 hours of supervision training at the Georgia Public Safety Training Center. Presently, Mr. Turner maintains his Georgia Peace Officer Standards and Training Certification in good standing.

In his early adulthood, He enlisted in the United States Marine Corps where he served three years, obtaining the rank of Lance Corporal and received an Honorable Discharge.

Jeb is a deeply family-oriented man. He would say that he is just getting to his best years yet, married to his soul-mate. Jeb has three adult children and two adult stepchildren, all with families of their own. Jeb also has two younger children, two grandchildren, and two fur babies.

In his spare time, he enjoys worshipping the Lord, kayak fishing and spending time at home with his family. 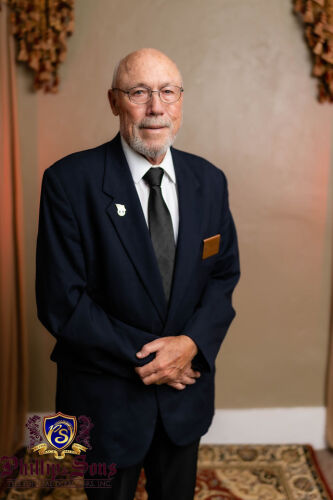 Ralph Vierling has over 30 years’ experience working in the funeral industry.

Ralph is an avid golfer, fisherman, traveler and an avid Gator sports fan.

Ralph has been a resident of Alachua County for the past twenty five years. 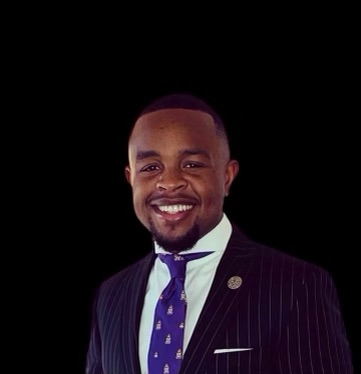 Jeremy Taylor is a native of Melbourne, Florida and a current resident of Jacksonville, Florida where he serves as Licensed Funeral Director and Trade embalmer

Mr. Taylor received his bachelor’s degree from Warner University in business management and human resource management. He received his A.S. Degree in mortuary science from Gupton-Jones College of Funeral Service. Jeremy has over 12 years of experience in the funeral industry and his love for funeral service and embalming continues to grow on a daily basis. 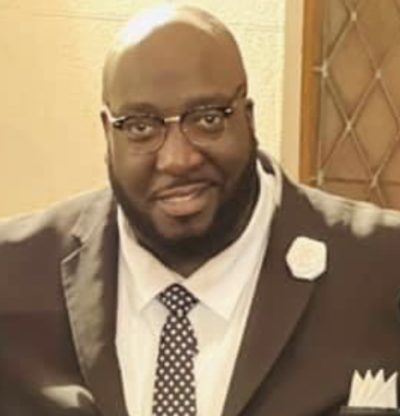 Marcus A. Allen is a trailblazing, visionary leader, father, musician, musical artist, and entrepreneur committed to the call of God on his life.

Marcus A. Allen is the continuing legacy of a strong Christian family, and his mother, Rev. Mahalia Allen, is an ordained minister. He was born and raised in Live Oak, Florida and is the baby of four children. In 1995, while still a very young man, Rev. Allen was called to the preaching ministry and ordained in Live Oak, Florida under the leadership of Bishop Henry H. Smart, Jr. As a true visionary and being an individual who has been called to operate far beyond the restraints of traditionalism, he moved to Philadelphia Pennsylvania. He serves as the Associate Minister and Minister of Music of the Friendly Baptist Church under the tutelage of Dr. J.N. Lavender.

The heart of Rev. Allen’s ministry can be felt through his musical gift.  As a songwriter, musician, and vocalist, he has shared the message of Christ’s love through song throughout the United States of America. Marcus is the founder and the original lead singer for National Gospel Recording Artist “The Supreme 7”.  He has studied at the Mana Bible Institute and served as minster of music for churches such as the historical Cornerstone Baptist Church.

Marcus Allen’s relentless pursuit for excellence has propelled him to provide high quality professional and exceptional funeral services to families across Pennsylvania and New Jersey. Mr. Allen’s journey of providing efficient funeral service started at a young age in Live Oak, Florida where he worked and served with the late Charles T. Hall. After leaving Florida, Marcus has managed some of the most prestigious funeral homes in the Philadelphia area. He is the President of the Meachem Funeral Home Corporation in Philadelphia, PA and Meachem, BKG-Brickus Funeral Home and Rowland Funeral Home in Pennsauken, NJ.  He has served as a youth counselor, and Assistant Director of Youth Empowerment for the Life Skills Center and counselor for BBC Young Male Expansion Program under the late Pastor A.W. Dock and Dr. Brenda L. Richmond.

A highly regarded National Singer, Musician and Preacher; Rev. Allen has traveled extensively singing and preaching the good news of Jesus Christ and compelling the lost to come to Christ. He is highly regarded by his peers as the “Singing, Preaching Undertaker”. He believes that God has a plan for all of our lives and only we can stop, prevent, or hinder our God-given destiny. Rev. Allen believes that the Church is God’s greatest weapon to fight poverty, self-hatred, hunger, and ignorance. He is a member of the local minister’s conferences and several community organizations.

While Reverend Allen’s accomplishments are numerous, his most important and proudest accomplishment is being the proud father to Makaila and Arianna Allen. 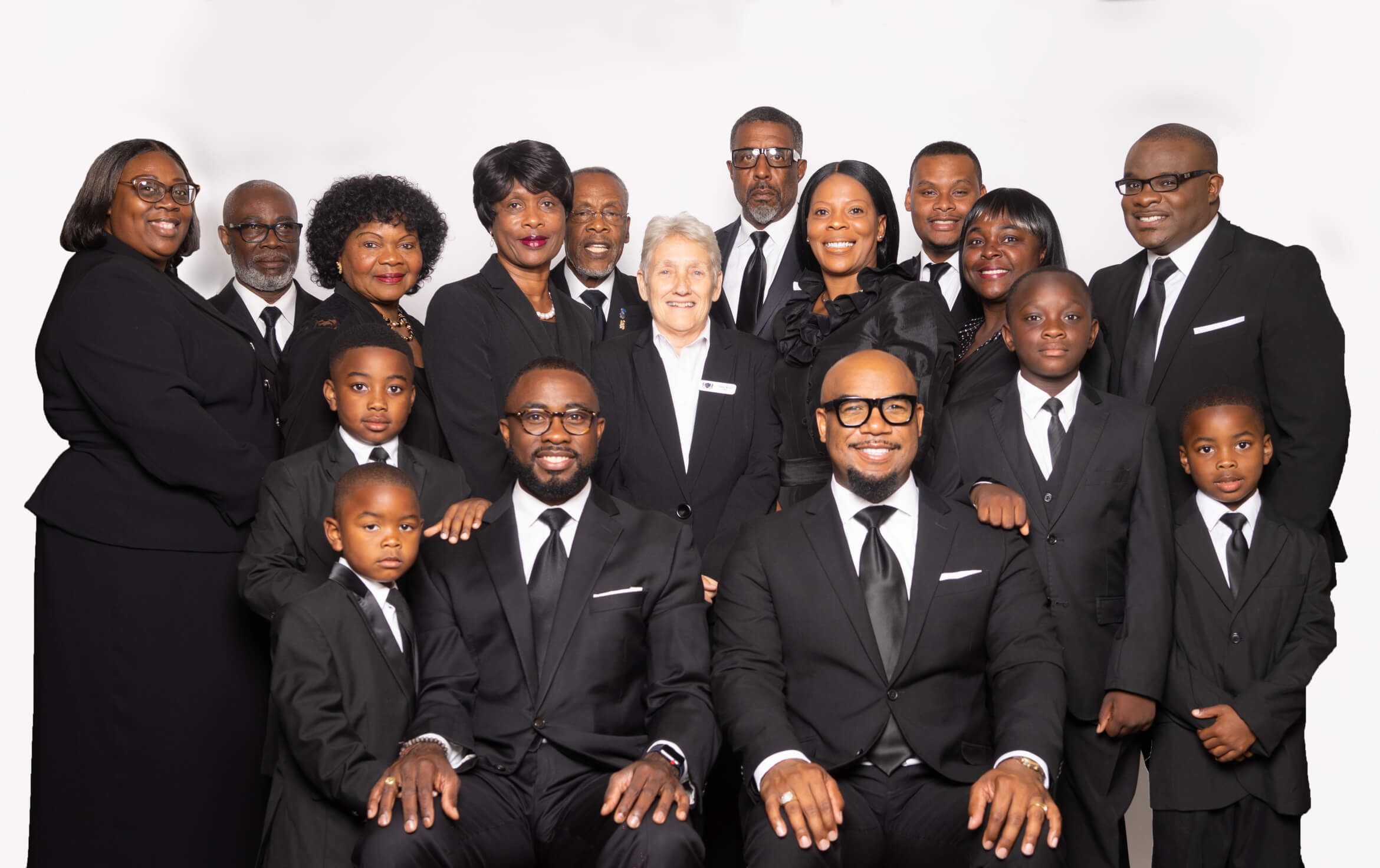 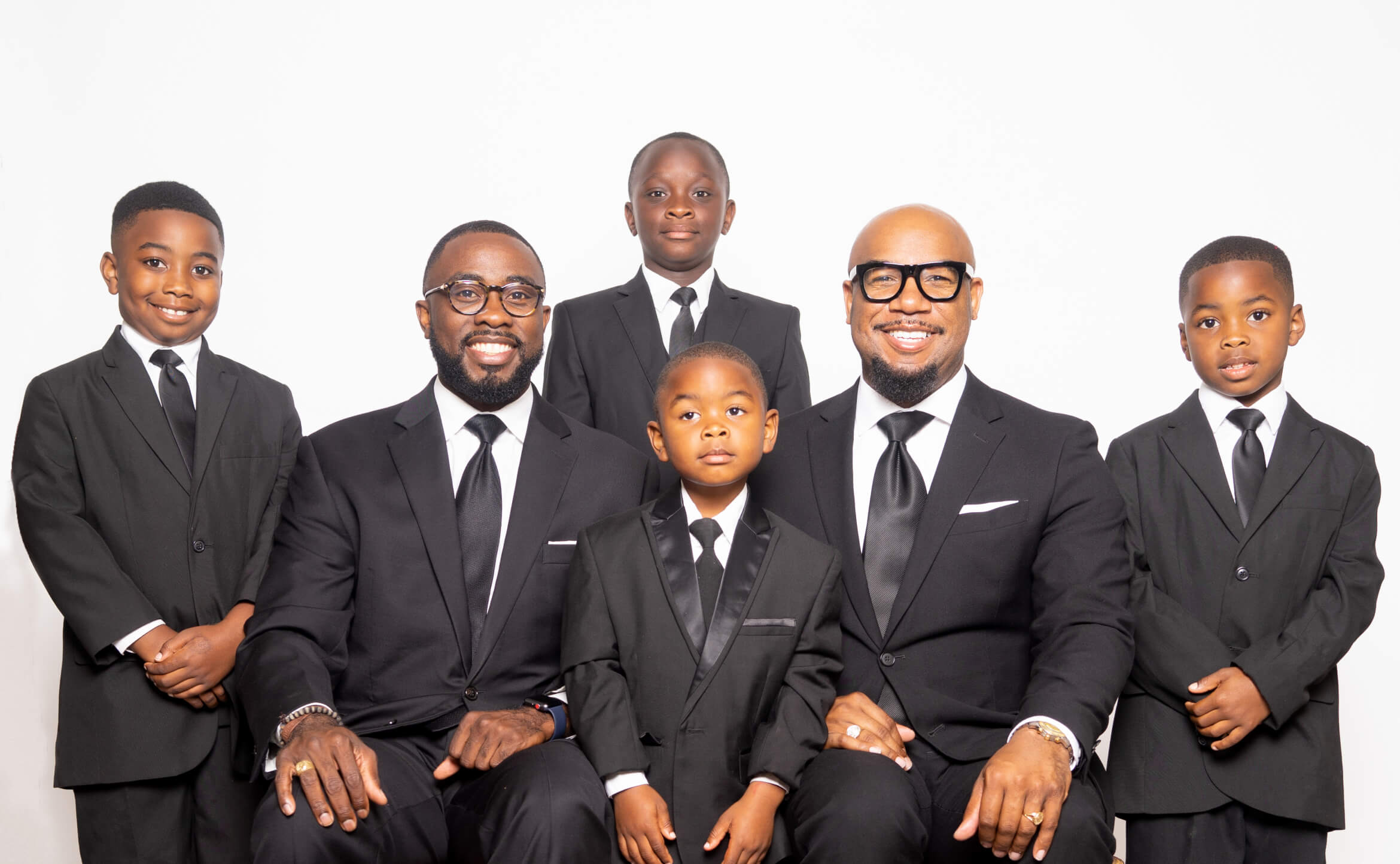