Share a memory
Obituary & Services
Tribute Wall
Read more about the life story of Timothy and share your memories in the Tribute Book.

Timothy Sean Conyers - some called him Tim - was launched in Virginia on January 3, 1969, and left orbit on March 11, 2022. Tim was legendary with his people for his unshakable love of many things; taking care of everything in the background while others were taking center stage... fixing things... solving problems... solving puzzles... his love of NASA and all things space... cooking amazing food from scratch for anyone and everyone, be it his sister who just had a baby or forty people at Friendsgiving... endlessly throwing ropes for his three-legged dog, Lindy... and being quiet until he came up with That One Pun that made everyone choke laughing. He leaves behind a stunned and grieving family; his parents Bill and Linda; his older brother Billy; his younger sisters Cathy, Jenny, and Amy; so, so very many cousins; more friends than he knew he had; and his unsinkable wife, Lorena, who thought he was a Keeper. As their hearts heal, they will come up with many horrible jokes and bad puns to make him proud. And as he would have wanted, they will be excellent to each other. His services will be announced later.

To send flowers to the family or plant a tree in memory of Timothy Sean Conyers, please visit our floral store. 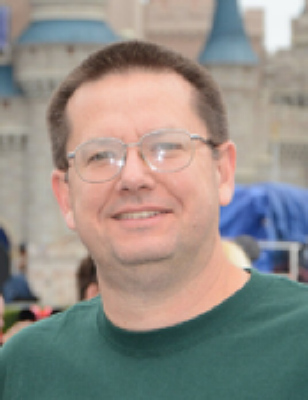 
Family and friends are coming together online to create a special keepsake. Every memory left on the online obituary will be automatically included in the book.

You can still show your support by sending flowers directly to the family, or by planting a memorial tree in the memory of Timothy Sean Conyers
© 2022 Phillip & Sons The Funeral Director’s. All Rights Reserved. Funeral Home website by CFS & TA | Terms of Use | Privacy Policy | Accessibility